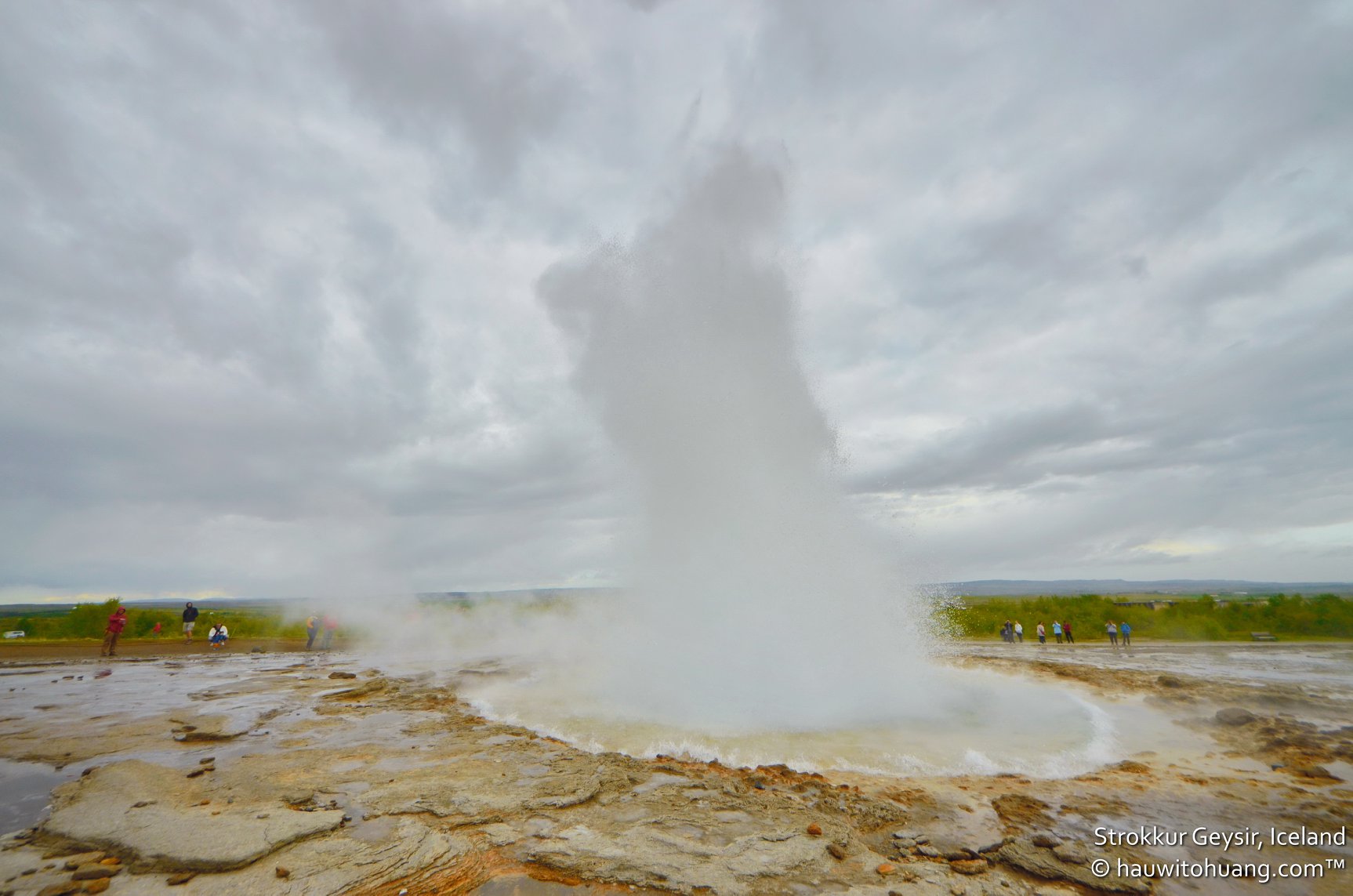 Today we will return to Iceland. Flight is 8:00am in the morning with the Atlantic Airways airline. Driving from Torshavn to Vagar Airport takes 46km with 45minutes driving time. Before arriving at the airport, we stopped at gas station first to fully refill the car we rented. The return is simply parked back at the airport in the previous parking area and the key is placed on the dashboard with the condition of the car not locked. How safe this country is :).

Flights are taken for 3 hours. The time difference between Iceland and Faroe Islands is 1 hour so we arrive at an earlier time. From Keflavix airport arrival terminal we straight to the car rental building not far from the airport by free shuttle bus every 15 minutes. We rent with a rental blue car after conducting a survey of several vehicle tenant providers. The car we rented is Toyota Yaris, taken into account because of the wide baggage compartment consideration, but we were unexpectedly upgraded to get the class above Kia Ceed with a wider luggage compartment.

From Keflavix we straight to Þingvellir National Park, 88km long with 1:15 hours drive. Today we gonna do the golden circle route.

Þingvellir National Park is a national park in South Iceland and a UNESCO World Heritage Site. The park is home to the world’s longest running Parliament, first established in 930 AD, and also has a dramatic landscape formed as a result of sitting along the border between the North American and European tectonic plates.

There is much to explore in the park including the 20 meter Oxara waterfall which is a beautiful waterfall, though the pool under it has a darker story, for men and women were drowned there, after being sentenced to death in the Middle Ages.

Thingvellir is also home to Lake Thingvallavatn known best for Silfra Gorge, an extraordinary dive site where you are literally swimming between continents in clear, glacial water. Also the view from the top of Almannagja, where the visitor center is located, is stunning.

From Þingvellir National Park we continue to Strokkur Geysir at Haudakalur, 61km long with 1 hours drive.

A favorite stop along the Golden Circle is the highly active Geysir Hot Spring Area with boiling mud pits, exploding geysers and the lively Strokkur which spouts water 30 metres into the air every few minutes. The newly opened Geysir Center offers exhibits and informative presentations year round. Geysir Hot Spring Area is one of the most popular tourist stop in Iceland.

The geothermal field is believed to have a surface area of approximately 3 km². Most of the springs are aligned along a 100m wide strip of land running in the same direction as the tectonic lines in the area, from south to southwest. The strip is 500m long and culminates near what once was the seat of the lords of Haukadalur.

Then last destination is to Gulfoss, 10km long with 10 minute drive.

Gullfoss which meaning Golden Falls is a waterfall located in the canyon of the Hvítá river in southwest Iceland.

Gullfoss’s orgin is in the glacier lake Hvítávatn at Lángjökull glacier. Due to the sediment from glaciers, the water has a brownish color. Gullfoss is sometimes called the “Golden Falls” because when the sun shines on the water, it can take on a golden hue.

Gullfoss is actually contains two waterfalls, the upper fall drops about 11 meters and the second drops 21 meters. You can see both of the falls from several different view points at different levels.Just make sure you are ready to get wet from the mist and be careful on the slippery rocks.

Gullfoss is one of the most popular tourist attractions in Iceland. Together with Þingvellir and the geysers of Haukadalur, Gullfoss forms part of the Golden Circle, a popular day excursion for tourists in Iceland.

From Gulfoss we headed to our inn at Nicehostel Seljalanfoss, close to the Seljalanfoss waterfall. We do this to make our travel time more effective. Arriving at a Nicehostel, we had dinner at the hostel. There is a lamb soup menu for cheap price, as i remember it’s 990 ISK, it’s delicious and the best part is you can refill the soup for free.