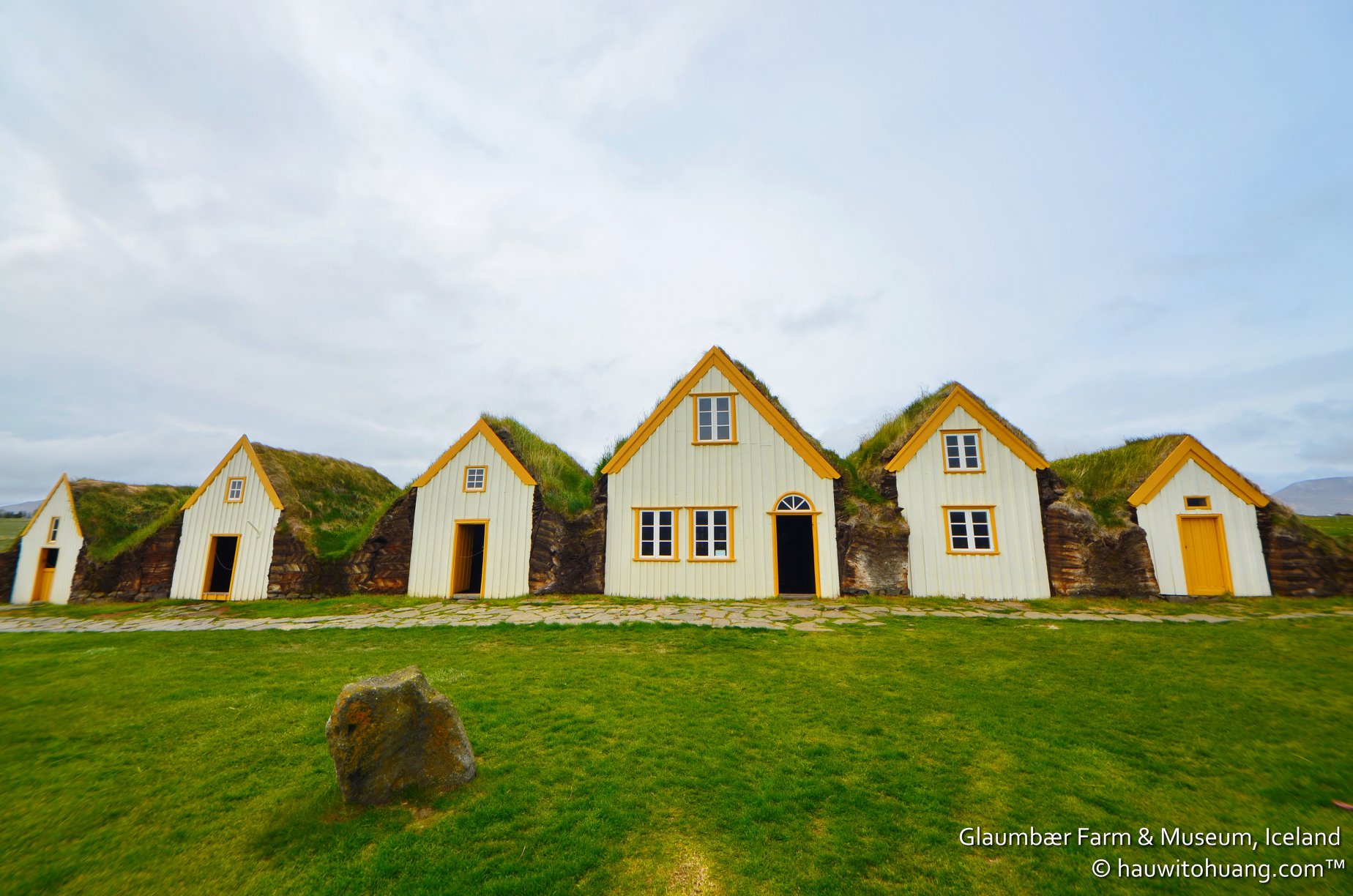 From hotel we drive to the Goðafoss our first destination, it’s 35km long and took 35 minutes drive.

Goðafoss was one of the more famous waterfalls we encountered while driving the Ring Road through the Mývatn District of Iceland’s Northeast Region. It was a wide 12m tall waterfall on the Skjálfandafljót River that was segmented into two main components while possessing an arcing semi-horseshoe shape.

This curling horseshoe-shaped waterfall had a fairly key role in Icelandic history. Apparently back in the year 1000, the lawspeaker at the time Þorgeirr Ljósvetningagoði had the unenviable task of choosing the official religion of Iceland. Perhaps under the pressure of Christianity’s convert or die methods, Þorgeirr chucked his icons of Norse deities into the falls (which, by the way, is translated to mean “waterfall of the gods”) but secretly maintained allegiance to the Norse deities.

Then continue to Glaumbær – the historic turf farm in Skagafjörður, 135km about 1:50 minutes drive with a short stop at Akureyri for lunch.

This old turf buildings at Glaumbær are a fine example of building construction on the larger farms in Iceland in times past. See the household of bygone era in their natural setting. In the farmhouse are bedrooms, living room, kitchen, pantry, storage rooms and smithy. The living room is most recent, dating from the 1879.

A farmhouse is said to have stood on the hill at Glaumbær since the Age of the Settlements (900 AD). The present buildings vary in age; the most recent addition having been built in 1876-79, while the oldest – the kitchen, “long pantry,” and middle baðstofa – are believed to have been preserved much as they were in the mid-18th century. The passages connecting the individual units have also remained unchanged for many centuries.

The sagas relate that Snorri Þorfinnson, son of Þorfinnur karlsefni and Guðríður Þorbjarnardóttir farmed at Glaumbær in 11th Century. He was born in the wilds of Vin-land, the first child born to European parents in the New World. He built the first church at Glaumbær.

Next stop is Kolugljúfur, a gorge in the river Víðidalsá river, a great salmon river running through the valley of Víðidalur. To reach there from Glaumbær we have to drive another 104km with 1:19 minutes. The canyon is one km long, approximately 25 meters deep. The river drops into the gorge in two scenic waterfalls named Kolufossar falls.

Like many natural wonders in Iceland, the gorge has its own folklore story explaining its name and role in the past. Kolugljúfur derives its name from the giantess Kola, who lived on a ledge in the gorge where she had found a rather convenient place. Sometimes after a good night’s sleep, she would throw her bare hand into the stream to catch salmon for breakfast that she would eat raw on an empty stomach. Sometimes though, she would also throw it into the nearby Koluketill Kettle, a hole in the ground with boiling water. There she would cook her catch for lunch or dinner. From the stories related to Kola she absolutely loved salmon. Her love for this place was a practical one and not specifically to enjoy the natural wonder like most of us today.

Then we drive to our hostel in Borgarnes, we stay at HI West Hostel Borgarnes for one night only. From Kolugljúfur Canyon it’s about 135km with 1:35 minutes drives.